The California Second District Court of Appeal had occasion to examine an insurer’s duty to provide independent counsel (“Cumis counsel”) to its insured in a declaratory relief action entitled Nede Management, Inc. v. Aspen American Insurance Company. The action arose from a fire on a property covered by an insurance policy issued by Aspen American Ins. Co (“Aspen”). Aspen’s insureds were sued for wrongful death and negligence by tenants and squatters allegedly injured by the fire.

Aspen defended three individual members of the family who owned the property and the family business, Nede Management, Inc. (“Nede”), which managed the property. The defense was subject to reservations of rights on the lack of an obligation to pay any judgment in excess of the $1 million policy limits and no coverage for punitive damages. Aspen appointed defense counsel to defend its insureds. The insureds sought independent counsel based on the assertion that defense counsel appointed by the insurer defended the action inadequately, failed to communicate an initial settlement demand within policy limits and failed to fully investigate the case. Aspen did provide Cumis counsel to Nede for a period but terminated the arrangement after revoking its reservation of rights to that entity. The underlying case eventually settled at no cost to the insureds.

The appellate court agreed with the trial court’s reasoning. Under longstanding California case law, and section 2860(b), the reservation of rights on policy limits and lack of coverage for punitive damages did not create a conflict of interest giving the insured a right to Cumis counsel. Further, assertion by the insureds that there was a conflict of interest from the conduct of the defense by appointed defense counsel was said to misunderstand the nature of the right to Cumis counsel under the statute. The insurer has the right to control the defense provided there is no conflict of interest. The court emphasized that the right to control the defense “would be gutted if the insured could create a conflict of interest merely by complaining about how the insurer-appointed counsel was handling the case.” In response to a claim that defense counsel was hostile to the insureds as exemplified by an expressed belief that the insureds would make poor witnesses, the court stated that a defense attorney’s honest assessment about the merits of a case, including the performance of witnesses, was necessary to inform an insurer about whether to settle or not. That assessment served the interests of both the insurer and the insured. The failure to inform about the early settlement demand for policy limits did not trigger the right to Cumis counsel because the insurer had the right to reject the settlement demand and continue its defense of the insureds. The judgment was affirmed once modified to include declarations negative to the insureds’ position. 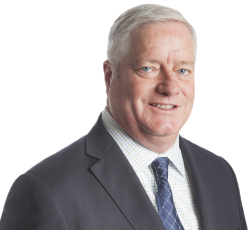