By: Justin A. Bubion

In William Blanchette v. The Superior Court of Imperial County [D070545, 2/20/17], the California Court of Appeals strictly construed the statutory requirement that a builder respond to a notice of claim of defects under the Right to Repair Act (Civil Code §§ 895 et seq.) (the “Act”) within 14 days of receipt even where the notice did not sufficiently identify the alleged defects. This, according to the court, is because the purpose of the Act is to encourage prompt pre-litigation resolution of claims.

The plaintiff, William Blanchette, is the owner of 1 of 28 homes constructed by GHA Enterprises, Inc. (GHA). On February 2, 2016, Blanchette served GHA with a notice of claim under the Act, which set forth alleged defects in all 28 homes. The notice was non-specific and tracked the language of Section 896 of the Act, which sets forth the building standards for which a violation gives rise to an actionable claim against a builder. On February 23, 2016, GHA responded to the notice by written letter advising that the defect claims were not set forth with reasonable detail as required by Section 910 of the Act. In that letter, GHA also offered to inspect the homes. On February 26, 2016, Blanchette responded to GHA’s letter asserting that GHA’s response was untimely and therefore excused him and the other homeowners from further pre-litigation resolution obligations under the Act.

The appellate court reversed the trial court’s ruling. The appellate court first recognized that the purpose of the Act is to give a builder the opportunity to resolve a homeowner’s construction defect claim in an expeditious and non-adversarial manner. The court also recognized that Section 910 of the Act lists the requirements for the pre-litigation notice of claim to the builder, which requires a reasonably detailed description of the extent and location of the defects, and that the notice is a pre-requisite to filing a lawsuit against the builder. However, the court applied a strict interpretation of Section 913 of the Act, which obligates the builder to respond within 14 days of its receipt of a notice of claim. The court reasoned that even if the notice did not comply with Section 910, the builder still had an obligation to timely respond to the notice, and if it failed to do so, the homeowner was released of its further pre-litigation obligations under the Act per Section 915. 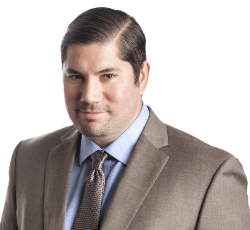