Feature Article in Declarations Magazine for the International Association of Claims Professionals (“IACP”).

It is beyond reproach that the Earth's climate is changing in ways that will undoubtedly present negative impacts that will be bourne on some level by every person and business. Many of the scientific models present catastrophic damage scenarios occurring relatively soon - within the lifespan of our children.

The monetary cost of climate change (sometimes called "global warming") - be it for adaptive actions or failure to adapt, will be enormous, eclipsing the GDP of many developed countries for decades to come. lnjury and damage to persons, property, businesses, governments, ecosystems and natural resources, to name but a few, are unfortunately unavoidable at some level.

Given the foregoing, lawsuits against fossil fuel companies and other carbon producers seeking to hold them responsible for the effects of climate change are multiplying and will continue to grow. Similarly, suits by stakeholders against public companies and their directors & officers will likely proliferate. These suits could involve damages relating to a company's failure to properly disclose the material impact of climate-related risks or an effort to compel the company to properly "align its business model with a low-carbon future.”

Coverage actions and decisional law relating to insurance for climate change liability are virtually non-existent, but that will likely change soon, given the rising prominence of the issue, the staggering cost involved and the increased litigation activity by municipalities and private parties against fossil fuel companies and other target defendants. 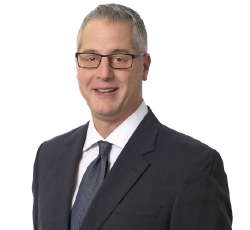