In Philadelphia Indemnity Insurance Company V. Streb, Inc., 2020 WL 5549316 (S.D.N.Y. Sept. 16, 2020), the court held that an "Ongoing Designated Operations Exclusion" in a CGL policy was clear, unambiguous and applied broadly to bar coverage for a claim involving severe bodily injury arising from the use of a trampoline at a policyholder's gym under both a primary CGL and an umbrella liability policy.

Philadelphia Indemnity Insurance Company ("PIIC") issued a primary CGL policy and an umbrella liability policy to Streb, Inc., a performing arts company. Streb was sued by a student who suffered a severe injury during an acrobatics class at Streb's gym facility when she attempted to perform a forward tumbling roll from a trampoline, but landed on her neck and back. The student sued Streb. Streb tendered the claim to PIIC for defense and indemnification.

PIIC denied coverage under both policies based on its "Designated Ongoing Operations Exclusion," which barred coverage for "[a]ny claims arising out of the use of any aerial equipment including but not limited to the use of a trapeze or trampoline. Excluding performers who dive off stage and/or participate in human pyramids;" and urged Streb to report the claim to its "other carrier (Lloyd's)" which handled "equipment claims." PIIC offered Streb a courtesy defense if /when the Lloyd's policy exhausted, and commenced a declaratory judgment action to adjudicate coverage.

In the declaratory judgment action, PIIC moved for summary judgment arguing that the Designated Ongoing Operations Exclusion barred coverage for this matter because the injury indisputably arose out of the use of a trampoline, thus it had no duty to defend or indemnify Streb in the underlying suit. Streb cross-moved for summary judgment arguing that the exclusion is ambiguous and should be construed against PIIC. Specifically, Streb argued that the term "aerial equipment" should be read to modify "trampoline," such that the exclusion be read narrowly to apply only to specific kinds of trampolines; and when so modified, the exclusion becomes ambiguous based on various potential definitions of "aerial" and/or "aerial equipment." Streb also argued that PIIC owed a duty to defend because the underlying complaint did not specifically contain allegations about a trampoline.

The court granted summary judgment in favor of PIIC. As a threshold matter, the court allowed PIIC to rely on the fact that the injury arose from the use of a trampoline under the exception to the “four corners” rule allowing extrinsic facts to be considered when unrelated to the merits of the underlying plaintiff’s action. The court then turned to the exclusion, finding it clear and unambiguous. The court noted “it is a fundamental rule of contract construction that ‘specific terms and exact terms are given greater weight than general language.” (citing Restatement (Second) of Contracts § 203(c) (1981)); In re Cocoa Servs., L.L.C., 2018 WL 1801240 (Bankr. S.D.N.Y. Apr. 13, 2018)). Applying the plain and ordinary meaning of the policies, the court found "the Exclusion applies to preclude any claim that arises out of the use of a trampoline, and that trampolines (of all types) are specifically enumerated as one kind of aerial equipment." The court refused to allow Streb to "cherry pick definitions of the word 'aerial' to reverse-engineer its preferred interpretation," finding that the drafters' use of the words trapeze and trampoline avoided the ambiguity the insured was attempting to create.

Philadelphia Indemnity v. Streb is notable because the court reinforced two fundamental principles of policy interpretation under New York law, specifically: "arising out of" is construed broadly, requiring only some causal relationship between the injury and the risk for which coverage is provided or excluded; and policies are to be afforded their plain and ordinary meaning. 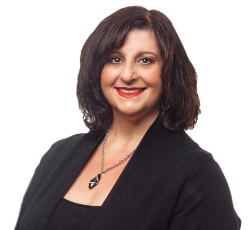