In Affinity Living Grp., LLC v. StarStone Specialty Ins. Co., 959 F.3d 634 (4th Cir. 2020), the United States Court of Appeals for the Fourth Circuit addressed whether a False Claims Act (“FCA”) suit against an insured for allegedly submitting false Medicaid reimbursement claims fell within an errors and omissions policy’s coverage grant for “damages resulting from a claim arising out of a medical incident.” The insured, an operator of adult care homes, allegedly submitted reimbursement claims for resident services that were never provided in violation of the federal False Claims Act and the North Carolina False Claims Act. A private party brought a qui tam action, and the insured sought insurance coverage for the suit.

In Affinity, however, the Fourth Circuit reasoned that the allegedly false billing does not arise in a vacuum. Rather, the complaint alleged that the personal-care-services billing is false, and thus gives rise to a claim for damages, because the insured failed to provide the personal-care services to its residents. In other words, the Court concluded that the insured’s allegedly false billing was not “wholly disassociated from” the personal-care services themselves because “but for the failure to provide the services, no claim for damages exists.” Id. at 642. Thus, even if the alleged false billing was not a “medical incident” itself, the failure to render medical professional services met the minimal causal relationship to the billing required under North Carolina law. The Fourth Circuit vacated the district court’s decision granting judgment on the pleadings in the insurer’s favor, and remanded the matter for further proceedings. 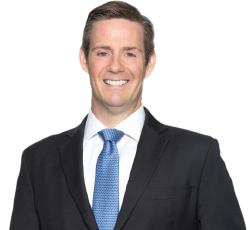