Mesa Laboratories (“Mesa”) sterilizes medical equipment and, in an effort to build their clientele, sent fax advertisements to dozens of dentists. James L. Orrington (“Orrington”), one of the dentists in receipt of the faxed advertisement, brought an action on behalf of a putative class against Mesa. Orrington alleged that the unsolicited faxes were in violation of the Telephone Consumer Protection Act (“TCPA”) and the Illinois Consumer Fraud Act (“ICFA”). Because the faxes also consumed ink and toner, Orrington accused Mesa of common law conversion, nuisance, and trespass to chattels. After incurring $75,000 in defense costs, Mesa settled the class action lawsuit for $3.3 million.

Mesa sought coverage for the class action settlement from its insurer, Federal Insurance Company (“Federal”). Federal disclaimed coverage under the following exclusions: (1) the Intended or Expected Exclusion, which precludes coverage for bodily injury or property damage intended by the insured or that would be expected from the standpoint of a reasonable person in the circumstances of the insured; and (2) the Information Exclusion, which bars coverage for damages and expenses arising out of an actual, alleged, or threatened violation of the TCPA or any similar regulatory or statutory law.

With respect to the Intended or Expected Exclusion, the court cited Seventh Circuit precedent that those who send junk faxes are presumed to know exactly how the faxes deplete recipients’ consumables. The court applied this presumption and held that Mesa, by sending unsolicited faxes, expect to harm the recipients by depleting their ink and paper. While the court discussed the more “generous standard” applied by Illinois state courts, that an injury is not expected or intended if an insured believed the fax was welcome, the court refused to apply that standard for the following reasons: the Northern District is bound by Seventh Circuit precedent; and even under the Illinois state court standard, the content of Mesa’s faxes confirmed that the dentists did not invite the faxes.

The court held that Federal had no duty to defend or indemnify Mesa in connection with the TCPA lawsuit under either exclusion. 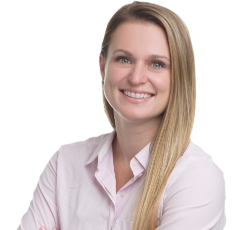