The underlying appeal was a consolidated action wherein both plaintiffs were seeking to recover medical expenses in excess of their personal injury protection (PIP) limits set forth in their respective automobile policies. Both plaintiffs were insured under a standard automobile policy that provided $15,000 in PIP coverage instead of the default amount of $250,000. Pursuant to New Jersey’s Limitation on Lawsuit Threshold, neither plaintiff could sustain a claim for non-economic damages. Thus, their claims were proceeding solely for medical expenses in excess of their PIP coverage.

Pursuant to N.J.S.A. 39:6A-12, “evidence of the amounts collectible or paid under a standard automobile insurance policy and amounts collectible or paid for medical expense benefits under a basic automobile policy… is inadmissible in a civil action for recovery of damages for bodily injury.” Relying on N.J.S.A. 39:6A-12 (Section 12), each defendant filed a pre-trial motion to preclude plaintiff from presenting evidence of medical expenses that exceeded their $15,000 PIP limits. The Trial Court granted defendants’ motions and plaintiffs appealed. The Appellate Division concluded that the statutory language indicating “amounts collectible or paid under a standard automobile insurance policy” did not refer solely to the $250,000 maximum PIP coverage available but included the lesser amounts that were available including $15,000 PIP limits. Haines, at 302, 162 A.3d 296. Consequently, based on the plain language of N.J.S.A. 39:6A-12 (Section 12), the Appellate Division concluded that plaintiffs were allowed to introduce evidence of medical bills exceeding their $15,000 policy limits. Pursuant to the statute, Plaintiffs “were barred from admitting evidence of medical expenses up to and including their $15,000 PIP policy limit. The Appellate Division concluded, however, that evidence of their medical expenses between $15,000 and $250,000 was not barred by Section 12 and therefore was ‘admissible and recoverable against the tortfeasors.’”Id.

Plaintiffs and their supporters argued that there is only one reading of the applicable statutes and there is no reason to go beyond the plain language of section 12. However, the Supreme Court disagreed with Plaintiffs’ contention and relied upon the legislative history and stated intent supporting New Jersey’s No-Fault laws.

In enacting the Automobile Insurance Cost Reduction Act (AICRA), the Supreme Court determined that our legislature sought to preserve the no fault system while reducing costs and premiums. AICRA allowed insurance options with decreased coverage for lower premiums, i.e. $15,000 in PIP coverage instead of the default amount of $250,000.

“Under the No-Fault Law, the ability to sue is the exception, not the rule. The Legislature has determined that the benefits of creating limited but automatic medical reimbursement for injured motor-vehicle-accident victims outweigh the ability of a minority of injured parties to recover larger amounts in tort.”Id., at *14.

While the Supreme Court reversed the Appellate Division, they also stated that if the Legislature intended to introduce fault-based suits into the no-fault medical reimbursement scheme, they should do so explicitly. Id. “Without greater clarity of statutory language, [the Supreme Court found] any other reading of AICRA results in too large of a shift from the historical priorities and purposes of the statute.”Id.

Notably, the Supreme Court indicated that this case involved plaintiffs that failed to satisfy the Limitation on Lawsuit Threshold. Thus, plaintiffs may argue that while impactful, Haines only instructs on the limited set of circumstances where a Plaintiff fails to satisfy the Limitation on Lawsuit Threshold. Plaintiffs may also argue that Haines does not apply to plaintiffs involved in an accident with a commercial motor vehicle. The New Jersey Supreme Court has not yet specifically addressed the issue of whether a Plaintiff in an accident with a commercial vehicle or a plaintiff whom satisfies the Limitation on Lawsuit Threshold would be able to pursue medical bills in excess of their chosen PIP policy limit. However, it appears that the Supreme Court would extend Haines to those situations as well, reasoning that the Legislature has never indicated an intent to introduce fault based claims into the No Fault system. 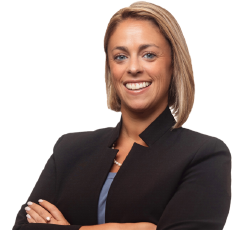