In early June, New York State Legislature passed legislation, often referred to as “The Grieving Families Act” (A.6770/S.74-A), which expands New York’s Wrongful Death Statute.  This legislation is pending approval from Governor Kathy Hochul and has the ability to drastically impact wrongful death litigation by expanding how parties can bring an action, as well as expanding on recoverable compensation.

Further, under the existing statute (EPTL §11-3.3), recovery in a wrongful death action is restricted to distributees (the intended beneficiaries under the will).  The proposed legislation expands the parties permitted to bring a wrongful death action, replacing the term distributees with surviving close family members. These may include, but are not limited to, spouse or domestic partner, issue, parents, grandparents, step-parents, and siblings, leaving it to the finder of fact to determine which persons are close family members of the decedent based upon the specific circumstances relating to the person’s relationship with decedent.  It remains to be seen what the burden of proof will be for the surviving close family members, as well as what process will be instituted with respect to the finder of fact.  Presumably, the finder of fact will be a Judge.

Currently, when a decedent dies and a will is located, only the appointed executor can commence a wrongful death action on behalf of the estate to the benefit of the distributees.  With the passing of The Grieving Families Act, distributees would be expanded to “persons for whose benefit an action pursuant to this part may be brought,” entitling these persons to seek the appointment of an administrator, even if there is an appointed executor.  For example, if a husband is appointed as the executor of his wife’s estate and refuses to bring an action for his wife’s cousin, the wife’s cousin can seek to be determined to be a surviving close family member and then would be entitled to have an administrator appointed to commence a wrongful death action.

In addition to expanding the statute of limitations and parties that can bring a wrongful death action, the scope of compensation may also be greatly expanded. In the statute’s current form, the scope of recoverable compensation is limited to “the reasonable expenses of medical aid, nursing and attention incident to the injury causing death and the reasonable funeral expenses of the decedent paid by the distributes, or for the payment of which any distributee is responsible, shall also be proper elements of damages”.

This expansion to include grief will dramatically increase the scope of potential recovery in a wrongful death action.  The allowance to recover for “nurture, guidance, counsel, advice, training, and education” sets broad and wide parameters for potential wrongful death litigation.  The scope and definition of these terms will need to be litigated.

The proposed Grieving Families Act establishes the right of one party to limit the ability of another party to share in the damages recovered.  The Court would be tasked with determining the proportion of injuries sustained by the expanded class of persons (surviving close family members).  The expanded class of persons will be permitted to argue to the Court a basis for disqualification of a parent or a surviving spouse.

Assuming the Governor approves The Grieving Families Act into law, the act will take effect immediately and apply to all pending actions, as well as actions commenced on or after the effective date, changing the scope of pending litigation.  The proposed statute would be a substantial change and will have ripple effects throughout the handling of wrongful death claims throughout New York State.

Traub Lieberman will continue to monitor this bill as it is presented to the Governor for enactment. 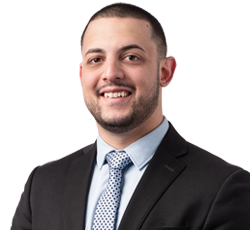