The Northern District of Illinois held earlier this week that disgraced former Illinois state representative Keith Farnahan’s homeowner’s insurer is not required to cover Farnahan’s civil liability for child pornography. The court reasoned that the injury suffered by the claimants was not caused by an “occurrence” and that a penal law exclusion also applied to preclude coverage.

Farnahan served in the Illinois House of Representatives from 2009 until 2014. On December 5, 2014, Farnahan pled guilty to violating certain criminal child pornography statutes and admitted to possessing images and videos of child pornography. Two of the children depicted in Farnahan’s collection subsequently filed a civil suit against Farnahan alleging invasion of privacy. Farnahan tendered the suit to his homeowner’s insurer, Citizens Insurance Company of Illinois (“Citizens”), who disclaimed. Farnahan died in prison in June 2017, and a $2 million civil judgment was entered against his estate later that year. The claimants then filed suit against Citizens in the Northern District of Illinois to recover the judgment.

Citizens moved to dismiss the claimants’ action, and the court granted the motion. In relevant part, the Citizens’ policy insuring agreement covered “personal injury” only if caused by an “occurrence,” or accident. While it was undisputed that the claimants suffered “personal injury,” the Court held that the “personal injury” was not caused by an “occurrence” because Farnahan admitted in his criminal case that he “intentionally intruded upon the solitude and seclusion” of the plaintiffs and the injuries therefore were not accidental. 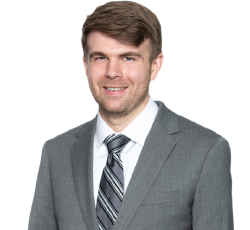