The “War on Drugs” has breached the insurance policy walls to involve insurance companies within the fray. In a time where the Centers for Disease Control and Prevention (“CDC”) has constantly been in the national spotlight attempting to get the COVID-19 pandemic under control, it is easy to forget that the CDC has been in a longstanding battle against another epidemic since the 1990s: the opioid epidemic. Opioids refer to a group of highly addictive drugs that, according to the CDC, has led to the death of almost 450,000 people from 1999-2018. See Centers for Disease Control and Prevention, Understanding the Epidemic, https://www.cdc.gov/drugoverdose/epidemic/index.html (accessed July 26, 2020). While governmental entities have endured the effects of opioids and the collateral damage it leaves within its wake on a community, whether insurance companies had to foot the bill for ensuing lawsuits against pharmaceutical companies, distributors, and their representatives by governmental entities was unclear.

On June 24, 2020, in Acuity v. Masters Pharm., Inc., 2020-Ohio-3440, the Court of Appeals of Ohio for the First District in Hamilton County entered a judgment concerning an insurance company’s duty to defend and indemnify an insured pharmaceutical distributor in lawsuits brought by governmental entities for costs incurred combating the opioid epidemic. The insured, Masters Pharmaceutical, Inc. (“MPI”), was a pharmaceutical wholesale distributor in Ohio. As part of its business, MPI would fill and ship orders of “prescription opioids” (which the court defined as a class of prescription drugs primarily used to treat pain) to pharmacies around the country. MPI has been sued by various cities and counties (“governmental entities”) from three different states—West Virginia, Michigan, and Nevada—for costs incurred combating the opioid epidemic.

In the underlying suits, the governmental entities allege that MPI acted negligently in its failure to investigate, report, and not fill suspicious orders of prescription opioids, thereby failing to maintain effective controls against the diversion of prescription opioids into “other than legitimate medical, scientific, and industrial channels” in violation of various federal and state laws. Id. at ¶ 3. The governmental entities allege that MPI’s violations contributed to the opioid epidemic, resulting in damages that included increased costs to the governmental entities for increased police patrols, judicial expenditures, prison and public-works expenditures, substance-abuse treatment, and emergency and medical-care services. The underlying suits were transferred to a federal multidistrict litigation (“MDL”) court as part of the “National Prescription Opioid” litigation.

Between July 2010 and July 2018, MPI purchased eight insurance policies from Acuity that included commercial general liability coverage. Under the Acuity Policies, Acuity would “pay those sums that the insured becomes legally obligated to pay as damages because of bodily injury or property damage to which this insurance applies.” Id. at ¶ 7. The Acuity Policies defined “bodily injury” as “bodily injury, sickness, or disease sustained by a person, including death resulting from any of these at any time.” The term “damages” was not defined, but did state that damages because of bodily injury include damages “claimed by any person or organization for care, loss of services or death resulting at any time from the bodily injury.” The Acuity Policies also had the “loss-in-progress” provision, which denied coverage if the insured “knew that bodily injury or property damage had occurred, in whole or in part,” and that “any continuation, change or resumption of such bodily injury or property damage during or after the policy period will be deemed to have been known prior to the policy period.” Id. at ¶ 32. Based on the Acuity Policies, Acuity sought a declaration that it did not have a duty to defend or indemnify MPI in the underlying suits.

The trial court granted Acuity’s motion for summary judgment and declared that Acuity did not owe MPI a duty to defend or indemnify it in the underlying suits. The trial court based its decision on the holding of Westfield Ins. Co. v. Masters Pharmaceutical Inc., Hamilton C.P. No. A1401036 (Dec. 17, 2015), which found that Acuity had no duty to defend MPI against a lawsuit filed against it by the state of West Virginia in 2015. Id. at ¶ 10. The Westfield decision held that Acuity had no duty to defend because the state of West Virginia only asserted claims for its own economic loss, and not for bodily injury, and because MPI failed to show that it did not know of any bodily injury prior to the policy period. Id. Applying the same rationale as the 2015 Decision, the trial court held: (1) “because of bodily injury” did not include the claims brought by the governmental entities since they sought damages for economic losses caused by MPI’s failure to prevent the diversion of opioids, and (2) MPI filled suspicious orders before Acuity insured MPI, and MPI knew then of the addiction to prescription opioids, invoking the loss-in-progress provision. MPI appealed, and argued in two assignments of error that the trial court erred in denying its motion for summary judgment and granting Acuity’s motion for summary judgment.

The Masters Pharmaceutical court reversed. The court found the Seventh Circuit’s decision in Cincinnati Ins. Co. v. H.D. Smith, L.L.C., 829 F.3d 771 (7th Cir. 2016) as the most persuasive on the matter. In H.D. Smith, the court interpreted identical policy language where West Virginia sued an insured pharmaceutical company for money spent addressing the opioid epidemic. The H.D. Smith court held that the language “because of bodily injury” included claims brought by governmental entities to recover damages sustained due to the opioid epidemic, and the insurer had a duty to defend against the underlying suit. To support its claim, the H.D. Smith court used the following example given during oral arguments:

Suppose a West Virginian suffers bodily injury due to his drug addiction and sues H.D. Smith for negligence. Cincinnati’s counsel acknowledged that such a suit would be covered by its policy. Now suppose that the injured citizen’s mother spent her own money to care for her son’s injuries. Cincinnati’s counsel acknowledged that her suit would be covered too—remember the policy covers “damages claimed by any person or organization for care...resulting...from the bodily injury.” The mother’s suit is covered even though she seeks her own damages (the money she spent to care for her son), not damages on behalf of her son (such as his pain and suffering or money he lost because he missed work). Legally, the result is no different merely because the plaintiff is a state instead of a mother. Id. at ¶ 774.

The Masters Pharmaceutical court held that the H.D. Smith decision, though applying Illinois law, was akin to Ohio law. As Acuity admitted that the conduct of MPI is the “occurrence” at issue, the court found that there was “arguably a causal connection between MPI’s alleged conduct and the bodily injury suffered by individuals who became addicted to opioids, overdosed, or died, and the damages suffered by the governmental entities (money spent on services like emergency, medical care, and substance-abuse treatment).” Masters Pharmaceutical, 2020-Ohio-3440 at ¶ 28. Thus, some of the governmental entities’ economic losses—such as medical expenses and treatment costs—are arguably “because of bodily injury.” Id. at ¶ 30. The court further explained that “[i]t is not unprecedented for insurers to defend insureds against claims asserted by governmental entities, even where the government itself did not sustain bodily injury or property damage.” The court even denied the application of the Westfield decision that the trial court used arguing that decision was “based on a web of case law that is either no longer good law, has been distinguished as relating to opioid cases, or has been declined to be followed.” Id. at ¶ 23. 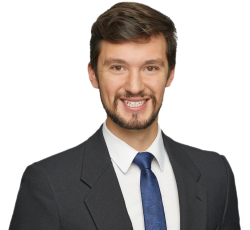