The insurer client issued an excess liability policy to Deerfield Construction, a telecommunications construction company, which incorporated the notice requirements of the primary liability insurance policy issued by American States Insurance Company. The insured’s employee was involved in an automobile accident in 2008, during the effective dates of the excess liability policy. A lawsuit arising from the accident was filed and served in 2009. While Deerfield Construction, through its retained insurance intermediary, provided immediate notice of the accident and lawsuit to the primary liability insurer, the insurer client did not receive notice of either the accident or the lawsuit from any source until December 2014, approximately six weeks before trial.

The Seventh Circuit affirmed the District Court’s grant of summary judgment in the insurer client’s favor. The Seventh Circuit weighed the five late notice factors set forth in W. Am. Ins. Co. V. Yorkville Nat. Bank, 238 Ill. 2d 177 (Ill. 2010), and held that all five factors either weighed in favor of a finding that notice was unreasonably late or were neutral. The Seventh Circuit’s late notice analysis also took into account the “totality of the circumstances” to hold, the “conclusion is irresistible that Deerfield’s notice was untimely and unreasonable as a matter of law.” 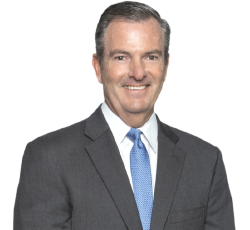