TLSS, on behalf of the insurer, moved for summary judgment, arguing that: 1) the insured violated N.Y Ins. Law § 3407 by failing to return the sworn proof of loss within sixty (60) days after the Company’s written request to do so; 2) such conduct (through the public adjuster, the insured’s agent) evinced an attitude of “willful and avowed obstruction” with respect to the insurer’s investigation, constituting a breach of the insured’s contractual obligation to cooperate; and 3) coverage was excluded in any event, because the undisputed evidence from said investigation showed that the damage occurred not due to a broken pipe (as the insured asserted) but by a leaky condition of the roof. The public adjuster and the insured both opposed the motion.

The court granted TLSS’s motion for summary judgment in full, dismissing both the insured’s claims and the public adjuster’s cross-claim. The judge agreed with TLSS’s arguments that the insured’s failure to return a sworn proof of loss within sixty (60) days is dispositive of coverage based on undisputed evidence establishing the insurer’s diligence in attempting to procure the insured’s cooperation with this condition of coverage. The court also agreed that the insured’s failure to disclose a prior water loss in the application for coverage voided the policy based on intentional concealment of a material fact. Finally, the court granted TLSS’s motion on the basis that the underlying loss is excluded from coverage pursuant to the “wear and tear” and “leakage or seepage” exclusions. 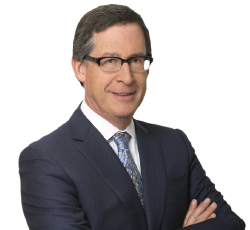