On September 14, 2021, Traub Lieberman Partner Bradley T. Guldalian secured summary judgment on behalf of a City which operated a park containing a natural bathing spring in Sarasota County, Florida. The underlying loss occurred when the Plaintiff went to the park, entered the spring without incident, swam for more than an hour, then exited the spring and was returning to the area where she had stored her belongings when she slipped and fell on mud and grass, sustaining an open angulated fracture of her right tibia and fibula. The Plaintiff was rushed to the hospital where she underwent open reduction, internal fixation surgery on her right leg which consisted of implantation of a metal rod into the medullary cavity of her tibia that was secured by two proximal and two distal interlocking screws. She was in the hospital for four days. Upon discharge, the Plaintiff was placed in a walking boot and confined to a wheelchair for several months. The Plaintiff incurred nearly $100,000 in medical expenses. The Plaintiff filed a premises liability action against the City claiming it failed to maintain its premises in a reasonably safe condition. The Plaintiff also alleged that the City failed to warn her that the area where she had stored her belongings had become saturated and slippery proximately causing her fall and resulting injuries.

After the close of discovery, Mr. Guldalian filed a Motion for Summary Judgment on behalf of the City arguing the wet grass and mud upon which the Plaintiff fell and injured herself was a byproduct of patrons going in and out of the water and walking to and from the area where they stored their belongings, was open and obvious, and did not constitute a dangerous condition as a matter of law. Citing to case law from the Florida Supreme Court which held that it is common knowledge that walks adjacent to, leading to, or surrounding a bathing area generally have water constantly thrown upon them and are in a slippery condition, as well as deposition testimony from the Plaintiff confirming she had been swimming at the spring for the past eighteen plus years and was “very familiar” with the park, the spring, and the area where she normally stored her belongings, Mr. Guldalian argued that some injury-causing conditions, like wet grass and mud surrounding a swimming area, are simply so open and so obvious that they cannot be held, as a matter of law, to give rise to liability as dangerous conditions.

After extensive briefing and oral argument, the trial court agreed with Mr. Guldalian’s argument, granted the City’s Motion for Summary Judgment, and dismissed the Plaintiff’s claims against the City with prejudice. In a five page written opinion, the trial court held the City had demonstrated that reasonable care had been taken to ensure the area surrounding the spring where the Plaintiff had fallen was reasonably maintained and was in a reasonably safe condition such that there was no evidence that an unreasonably dangerous condition existed on the premises. Moreover, even if a dangerous condition existed on the premises, the trial court held that the City had no duty to warn the Plaintiff of that dangerous condition because (1) the Plaintiff knew based on her 18 plus years of coming to the park and placing her belongings in the same location the condition of the ground in that area, (2) on the day she fractured her leg, the Plaintiff had observed individuals exiting the springs and dripping water onto the grass and mud in the area where she fell, and (3) any reasonably observant person would have seen and appreciated the open and obvious condition of the area where the Plaintiff fell. Under these circumstances, the City was not negligent, as a matter of law, and was entitled to summary judgment and to dismissal of the Plaintiff’s claims against it, with prejudice. 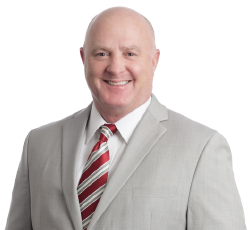