Traub Lieberman Partner Colleen E. Hastie defeated a dispositive motion to dismiss in favor of third-party Skilled Nursing Facility (“SNF”) based in Westchester, New York. Plaintiff commenced action against the SNF sounding in medical malpractice, negligence, and violations of Public Health Law §2801-d, alleging the SNF failed to properly care for, diagnose, and treat the plaintiff’s decedent during his residence at the SNF. The SNF commenced a third-party action alleging contribution and common law and contractual indemnification against the SNF’s contract physician who treated decedent during decedent’s admission at the SNF, alleging contract physician committed medical malpractice in treatment of decedent.

Contract physician moved for dismissal of the third-party complaint on grounds that contract physician cannot be liable on theories of contribution of indemnification, because the statute of limitations on medical malpractice had lapsed prior to plaintiff’s commencement of the action against the SNF, and contract physician cannot be held liable under theories of negligence or violation of Public Health Law §2801-d. Prior to submission of opposition on the motion, plaintiff stipulated to discontinue claims of negligence and Medical Malpractice against SNF, leaving the Public Health Law violation as the only cause of action against SNF.

Traub Lieberman opposed the motion to dismiss on grounds that claims for contribution and indemnification may be based in any theory of liability that plaintiff could have asserted against the party, but failed to interpose. It is not necessary that the contract physican be liable for decedent’s injury under the same theories or violation of the same duties alleged by plaintiff against the SNF. Traub Lieberman further argued that this right to contribution and indemnification from a third party extends to third-parties that plaintiff had no direct right of recovery due to a failure to join that third party as a defendant or some other special defense baring recovery, including expiration of the statute of limitations. 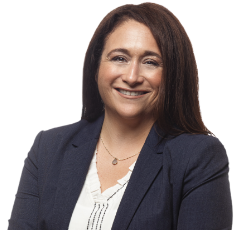