April 28, 2022, the United States District Court for the District of New Jersey recently held that no determination of negligence on the part of the named insured was required in order to confer additional insured status under “caused, in whole or in part, by” language of an additional insured endorsement. In United Rentals (North America), Inc. v. Liberty Mutual Fire Insurance Co., No. 19-cv-17169 (D.N.J. Apr. 28, 2022), the named insured was a construction company, Conti Enterprises, which rented a boom lift from United Rentals. The lease agreement provided that United was to be included as an additional insured under Conti’s policy, as was required by the additional insured endorsement of the Liberty policy issued to Conti. The endorsement conferred insured status upon United for bodily injury “caused, in whole or in part, by your [Conti’s] maintenance, operation or use of equipment leased to you [Conti] by such person or organization [United].” Two Conti employees commenced suit against United after becoming injured while using the rented lift. Liberty argued that “the finding of negligence on the part of the named insured is a prerequisite to coverage for the additional insured.” The court was not persuaded and held that the insured’s use of the lift, by itself, was sufficient to confer additional insured status upon United under the “caused by” language. 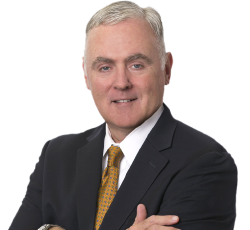