Government regulators and agencies are vested with increasingly significant powers to investigate—and potentially prosecute—companies and individuals suspected of wrongdoing. Such investigations are fraught with insurance implications, including, critically, whether and when such an investigation constitutes a claim under an insured’s professional liability policy, thereby triggering a carrier’s defense obligations.

Not surprisingly, the answer depends on the policy’s definition of “claim,” and also varies by jurisdiction. Yet, there are common considerations that often guide courts in making such determinations. While some policies include governmental subpoenas or other investigations in their definition of “claim,” the most common definition is “a demand for monetary or non-monetary relief.”

Imagine HyperMegaNet Inc., a technology firm being investigated by the Securities and Exchange Commission (SEC) for financial improprieties. Mr. Mega, the firm’s chief operating officer, receives an informal request for documents relating to the investigation and, perhaps feeling the heat from the impending investigation, contacts the SEC’s Department of Enforcement and signals a desire to meet. Mr. Mega voluntarily visits the SEC offices and provides information without the issuance of a subpoena. Courts in most jurisdictions would conclude that such voluntary participation in an investigation should not be considered a “claim.”

For example, in the real-world case MusclePharm Corporation v. Liberty Insurance Underwriters Inc., an insured received a letter stating that the SEC was “conducting an inquiry” and “requesting that [the insured] voluntarily produce documents.” The SEC later issued an order directing private investigation and designating officers to take testimony. That order contained a disclaimer stating that “it should be understood that the Commission has not determined whether any of the persons or companies mentioned in the order have committed any of the acts described or have in any way violated the law.”

After a settlement was reached, the insured sought defense costs under its insurance policy, arguing that the order and related subpoenas were non-monetary demands for relief, and, therefore, qualified as a “claim” under the policy. The 10th Circuit, however, upheld the trial court’s ruling denying coverage, explaining that “the insured does not have a covered ‘claim’ without an allegation of wrongdoing against an insured person, and the SEC stated in the...order and the related subpoenas that these documents were not alleging wrongdoing.”

In W.R. Starkey Mortgage LLP v. Chartis Specialty Insurance Co., a Texas District Court held that a mere request for documents—even accompanied by a threat of a subpoena—does not constitute a claim. There, an insured complied with a written request for documents from the Department of Justice (DOJ) and then sought coverage for the costs incurred in complying with that request. Finding that the DOJ’s request did not constitute a “claim,” the court held that a claim required a “demand for something due.” It went on to say that a “request accompanied by a threat of a subpoena is not sufficient to establish a ‘demand for something due,’ since without the subpoena, nothing is actually due.” 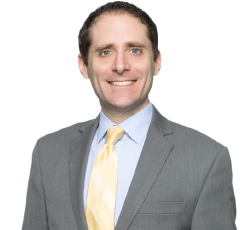