In Imperium Ins. Co. v. Shelton & Assocs., 2019 WL 1096336 (5th Cir. March 6, 2019), the U.S. Court of Appeals for the Fifth Circuit addressed when a lawyer’s professional liability policy may be rescinded based on material misrepresentations in an application concerning potential claims against the firm.

Shelton & Associates, P.A., (“Shelton”) was issued a professional liability insurance policy from Imperium Insurance Company ("Imperium"), on January 24, 2013. Shelton was designated as the "Named Insured" on the policy and the policy's coverage period extended from February 1, 2013 until February 1, 2014.

The Shelton firm represented Paul Tyler (“Tyler”) and the Estate of Mamie Katherine Chism (“Chism”) in separate suits. In January of 2014, Chism's estate sued Shelton, alleging that the firm failed to file a claim in multidistrict litigation over deaths attributed to the anti-inflammatory drug Vioxx before a submission deadline passed in 2009. In February 2014, just one month after the Chism action, Tyler's bankruptcy estate filed a malpractice suit alleging that the firm mishandled a state court case in 2011 and 2012 that had resulted in a $2.9 million judgment against Tyler.

Imperium agreed to provide a defense to the firm subject to a reservation of rights. In May 2014, Imperium filed a declaratory judgment action to determine its responsibilities, if any, under the policy with respect to the two malpractice claims.  Imperium requested that the court allow it to rescind the policy on the basis that the Shelton firm made a material misrepresentation of fact in the insurance application. Specifically, Imperium asserted that Shelton made a material misrepresentation in response to Question 30(b) on the application, which asked “are any attorneys in your firm aware of any legal work or incidents that might reasonably be expected to lead to a claim or suit against them?” The Shelton attorneys responded "No" to this question.

Under Mississippi law, if an applicant for insurance is found to have made a misstatement of material fact in the application, the insurer that issued a policy based on the false application is entitled to void or rescind the policy. A misstatement is deemed material to the risk if knowledge of the true facts would have influenced a sensible insurer in determining whether to accept the risk.

Imperium asserted that by Shelton’s failure to disclose the potential that a claim for malpractice might be asserted, as required in Question 30(b) of the application, the Shelton attorneys were clearly guilty of making a material misrepresentation. The Shelton attorneys stressed in response that they did not make a material misrepresentation on the insurance application because no one associated with the firm was aware that an underlying suit would be the basis of a malpractice claim.

However, the inquiry was not whether Shelton or the other members of his firm subjectively knew that a specific malpractice action was going to be filed, but whether they subjectively knew of any legal work or incidents that might reasonably be expected to lead to a claim or suit. The district court therefore held that the Shelton attorneys did, in fact, make a misrepresentation in the application for the insurance policy at issue by giving an incomplete or misleading answer to Question 30(b), and that misrepresentation was material, entitling Imperium to rescind the policy.  Additionally, the district court found that even if the policy were to remain in effect, both the Tyler and Chism actions would be excluded from coverage based on the Prior Knowledge Exclusion in the policy.

On petition for rehearing, the Fifth Circuit Court of Appeals confirmed that the district court correctly ruled in Imperium's favor. The court held that the failure to disclose the Tyler matter was a misrepresentation in the application. “Every reasonable attorney aware of these facts would know that such facts ‘might reasonably be expected to lead to a claim or suit.’” Shelton should have been aware that Tyler may file a malpractice claim after the adverse judgment entered against him resulted from multiple missteps by Shelton, including the firm's failure to respond to the opposing parties’ summary judgment motion. The Fifth Circuit stated that any reasonable attorney would know that a judgment of $2.9 million entered against his client based in substantial part on the attorney’s failure to respond to, or even show up at, a hearing for a dispositive motion would be reasonably likely to lead to a malpractice claim.

The court then stated that because Imperium could rescind the law firm's policy in its entirety based on the Tyler claim, no coverage was available for the Chism estate's suit since the rescinded policy was the only policy that would have covered the Chism estate's malpractice claim. Accordingly, the Fifth Circuit affirmed the district court’s decision permitting Imperium to rescind the policy. 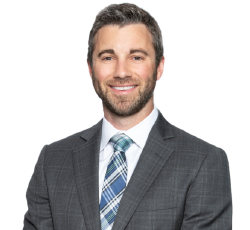