On June 3, 2019, the U.S. Supreme Court clarified a conflict within certain U.S. Courts of Appeal regarding whether Title VII’s charge-filing requirement constitutes a jurisdictional, as opposed to a procedural, limitation by not only holding that the rule falls into the latter “bucket” but that the defense is subject to forfeit if not raised in a timely manner. As addressed in greater detail below, the holding of Ft. Bend Cty., Texas v. Davis, 587 U.S. ___ (2019) reinforces one of the possible pitfalls of delaying the development a comprehensive defense strategy once a Title VII dispute moves from the EEOC to the courts.

Plaintiff Lois M. Davis worked as an information technology professional for Fort Bend County, Texas.  In February 2011, Ms. Davis submitted an intake questionnaire to the U.S. Equal Employment Opportunity Commission (“EEOC”), followed by a formal Charge, asserting claims of sex-based hostile work environment and retaliation under Title VII. While the Charge was pending, the County terminated Ms. Davis’ employment, which she perceived to be a decision based on her religion (an additional Title VII claim). In an attempt to essentially amend her pending Charge, Ms. Davis handwrote “religion” on the EEOC’s intake questionnaire and checked the boxes for “discharge” and “reasonable accommodation.” Ms. Davis did not take any steps to formally amend the pending Charge to add those new claims.

Ms. Davis commenced suit in federal court following receipt of the EEOC’s dismissal and notice of rights, asserting claims of retaliation and religious discrimination under Title VII. The County moved, and was awarded, summary judgment on all of Ms. Davis’ claims. On appeal, the U.S. Court of Appeals for the Fifth Circuit (the “5th Circuit”) affirmed the entry of summary judgment on Ms. Davis’ retaliation claim, but reversed as to the religious discrimination claim. Following remand to the District Court, the County sought to dismiss the religious discrimination claim on the ground that Ms. Davis’ handwritten addition to the questionnaire failed to satisfy Title VII’s charge-filing requirement for that claim. The District Court granted the motion, finding that Title VII’s charge-filing requirement was “jurisdictional,” and thus not subject to forfeiture. The 5th Circuit reversed, however, finding that while the charge-filing requirement was a prerequisite to suit, it was one which an employer could, and in this case did, forfeit due to the 4+ year lapse of time before it was raised.

The Supreme Court accepted certiorari after noting that this issue had resulted in a conflict in certain Courts of Appeal. In evaluating the issue, the Court recognized that the term “jurisdictional” generally delineated the types of cases a court could entertain (subject matterjurisdiction) or persons over whom a court could exercise adjudicatory authority (personaljurisdiction). The Court highlighted the significance of issues affecting a court’s subject matter jurisdiction and parties’ corresponding ability to raise them at any point during litigation, in addition to the court’s responsibility to address such issues sua sponte. Conversely, on the other end of the spectrum from “jurisdictional” issues are those that can more properly be characterized as “nonjurisdictional” claim-processing rules or other “preconditions” to relief.

Ultimately, the Davis Court affirmed, holding that Title VII’s charge-filing requirement constitutes a nonjurisdictional, though mandatory, claim-processing procedure which can, in certain circumstances, be forfeited if not raised in a timely manner (e.g., like in Davis).

According to Mr. Bennett, the potential consequences of Davis should not be overlooked. For those who operate in the employment law field, it is elementary that a Title VII plaintiff must file a charge with the EEOC before commencing any such litigation. The Davisholding creates an environment where that “requirement” could be disregarded entirely unless the employer raises the issue promptly – an outcome that may surprise both newcomers to employment litigation and seasoned veterans alike. Even more so following Davis, practitioners would be well-served to (i) obtain a copy of the EEOC’s complete file as soon as possible after commencement of litigation to assess whether the plaintiff failed to raise one or more of the claims now being asserted to the EEOC, and (ii) ensure that a strategy to address this particular deficiency (where applicable) is adopted as early as the responsive pleading stage, to avoid a forfeiture of the potentially-dispositive argument later on. 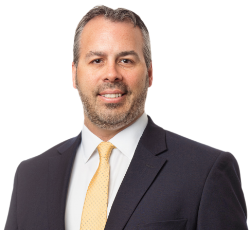