he United States Department of Transportation, Federal Motor Carrier Safety Administration, developed hours-of-service (HOS) regulations which dictate when and how long an individual may drive a commercial vehicle. For purposes of the HOS regulations, commercial vehicle is defined as a truck or tractor-trailer involved in interstate commerce that: (i) weighs 10,001 pounds or more, (ii) has a gross vehicle weight rating or gross combination weight rating of 10,001 pounds or more, or (iii) is transporting hazardous materials of certain quantities.

Electronic logging devices are plugged into a commercial vehicle’s engine control module to track things like whether the vehicle’s engine is running, the vehicle’s odometer, and the vehicle’s GPS location. These devices make it more difficult for drivers to falsify their records of duty status, which occurred frequently when drivers kept manual logs.

Interestingly, the Court found that the State of New York had not been enforcing the federal ELD Rule. Drivers of commercial vehicles were not being stopped, cited, or placed out of service pursuant to the law. On December 31, 2018, the Court dismissed the plaintiffs’ complaint on these grounds.

The New York State Department of Transportation has since announced that state inspectors will enforce the ELD Rule in compliance with federal regulation and implement the federal mandate into state law.

Many drivers of commercial vehicles believe the ELD Rule hinders their ability to complete deliveries on time and triggers reckless driving. In 2014, however, the Federal Motor Carrier Safety Administration estimated ELDs could prevent up to 1,714 motor vehicle accidents, 522 injuries, and 24 deaths each year. 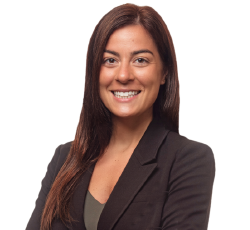