Partner Jonathan R. Harwood Obtained Summary Judgment in a Coverage Action Arising out of a Claim for Personal Injury

On August 16, 2019, Traub Lieberman partner obtained summary judgment in a declaratory judgment action involving a claim for coverage for a personal injury action involving injuries suffered on a construction site. The plaintiff in the underlying action was performing excavation in a basement of a building in Manhattan so the owner could install a pool. During the course of the excavation plaintiff fell 13 feet from a plank, into the excavated pit, suffering serious injuries. Traub Lieberman’s client issued a CGL policy to the building owner and the insured sought coverage for the suit under that policy. The insurer denied coverage based on an endorsement to the policy that stated the insured could only contract directly with a specified general contractor. The plaintiff was an employee of a subcontractor and the insurer believed the insured had contracted directly with that unapproved subcontractor. The insured denied it had done, contending the subcontractor had been hired by the general contractor identified in the endorsement.

During the course of discovery, Mr. Harwood was able to demonstrate that the insured had contracted directly with the subcontractor. While there was no written agreement to that effect, Mr. Harwood obtained a series of emails between the insured and the subcontractor that showed their negotiations and agreement on the work to be performed and the amount the insured would pay for the work. The owner of the excavation company also testified that he negotiated directly with, and was hired by, the insured. Based on this evidence, Mr. Harwood argued that the endorsement was clear and unambiguous and should thus be applied to preclude coverage for the claim. The court agreed, holding that the court evidence showed that there was no issue of fact that the claim for bodily injury arose out of excavation work being performed by a subcontractor with which the owner directly contracted, and that the clearly defined limitation in the policy precluded coverage for such claims. 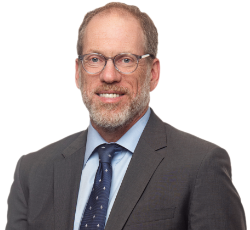