Recently, the United States Court of Appeals for the Sixth Circuit affirmed a ruling by the Southern District of Ohio upholding an insurer’s denial of a property owner’s insurance claim based upon material misrepresentations made by the insured in connection with the insurer’s investigation of the claim.

In Am. Land Inv. Ltd. v. Allstate Ins. Co., No. 19-3317, 2020 WL 506594, at *1 (6th Cir. Jan. 31, 2020), the insured, American Land Investment, Ltd. (“ALI”) filed two insurance claims in 2015 with its insurer, Allstate Insurance Company (“Allstate”) for damages resulting from alleged vandalism at its commercial properties. ALI’s second insurance claim alleged that one of its commercial property was vandalized when vandals forcibly entered the building and cut interior loadbearing columns with a saw. Allstate investigated the claims and paid a portion of the claims. However, before Allstate had completed its investigation, ALI filed suit against Allstate for breach of contract as a result of Allstate’s alleged unreasonable delay in paying the insurance claims.

After ALI filed suit, Allstate denied the remainder of ALI’s claims on the basis that ALI had made material misrepresentations in connection with the claims. Specifically, Allstate determined that ALI’s principal owner, or someone acting at his request, had cut the columns several weeks prior to the reported loss. Therefore, Allstate asserted that the claim was barred by the policy’s dishonest or criminal acts exclusion. Allstate also asserted that ALI’s material misrepresentations voided the policy pursuant to the policy’s “Concealment, Misrepresentation, or Fraud” provision.

Allstate moved for summary judgment in ALI’s declaratory action, arguing that it did not breach the insurance contract or act in bad faith since ALI made material misrepresentations in connection with the claims. Specifically, Allstate asserted that ALI concealed or misrepresented facts regarding the ALI’s knowledge of the conditions of the properties. Allstate also asserted that ALI had made false statements in connection with a prior insurance claim submitted by ALI in connection with the properties. The District Court agreed, finding that ALI’s representations were material and thus violated the “Concealment, Misrepresentation, and Fraud” provision in the policy. While the District Court did not void the policy, it granted Allstate’s motion on ALI’s breach of contract claim. 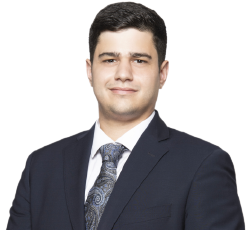