There is a growing nationwide trend towards the imposition of an increased duty to preserve evidence. The below cases are examples of how far the courts are willingly to extend this duty. While they do not represent the view of every court across the country they demonstrate the growing nationwide trend from courts in the Southeast, Midwest, and Southwest. In Daniels v. United States, 86 F. Supp. 3d 1375 (S.D. Ga. 2015) the Plaintiffs claimed Lucious Allen Daniels Sr. died when the County owned truck he was driving was struck by a gate maintained by the U.S. Army Corps of Engineers.

Following the accident the Brunswick Police Department took custody of the truck. When Plaintiff’s counsel sought to inspect the truck the County informed him that he had approximately two months to conduct an inspection. At the end of the two months the truck would be disposed of unless Plaintiff made arrangements to store the vehicle at its own expense.

Plaintiff argued that it was not in possession of the truck and thus could not be held accountable for its disposition. The Court disagreed holding that Plaintiffs’ failure to take advantage of the opportunity to preserve the truck or at least advise Defendant of its impending disposal, constituted spoliation of evidence. The Court granted Plaintiffs’ request and issued sanctions in the form of an order prohibiting Plaintiff’s expert from testifying concerning his physical observation of the truck and any resulting conclusions.

In Christoffersen v. Malhi, No. CV-16-08055-PCT-JJT, 2017 U.S. Dist. LEXIS 94700, at *1 (D. Ariz. June 20, 2017), Defendant Hardeep Malhi, the owner of MD Trucking, was driving MD’s tractor-trailer when he collided with the rear of Plaintiff’s vehicle. Two weeks after the accident Plaintiff’s husband, who was driving the subject vehicle, died. Plaintiff’s counsel notified MD’s insurer of Plaintiff’s injuries and her husband’s death, which the insurer relayed to Mr. Malhi.

Approximately eight months later MD Trucking dissolved and disposed of all of its records. Sixteen months after MD Trucking’s dissolution Plaintiff filed suit against Mr. Mahli and MD Trucking (Defendants), among others. During discovery MD could not produce any company records due to their pre-suit disposal. In response, Plaintiff sought sanctions for Defendants’ spoliation of evidence. Defendants’ argued that the records were disposed of due to the dissolution of the company, not with the intent to destroy evidence. Defendants’ further argued that the records were disposed of pre-suit and thus they were not under any duty to preserve them.

While the court agreed that the destruction of records was not done in bad faith, it stated that it was “hard to imagine a set of circumstances – personal injury resulting in loss of life – more likely to result in litigation.” For that reason, Defendants had knowledge of a potential claim and were under a duty to preserve their records. Consequently, the Court granted sanctions in the form of an adverse inference instruction regarding the spoliation.

In White v. Rasner, 865 N.W.2d 885 (Wis. Ct. App. 2015) a semi-truck owned by J&R Schugel Trucking collided with a minivan on a state highway. Plaintiff, the driver of the minivan, sustained personal injuries as a result of the accident. Each party claimed that the other’s intrusion into his/her right of way was the cause of the accident. Neither party admitted fault and litigation ensued.

The Court found that even though the Defendant did not intentionally dispose of the data, sanctions were appropriate. Defendant was under a duty to preserve the data and failed to do so. The Court went on to state that trucking companies have a responsibility to preserve evidence that might reflect what happened during an accident, especially one involving personal injury. Consequently, the Court affirmed the Circuit Court’s imposition of a $5,000 sanction and the giving of a spoliation instruction to the jury.

What can we learn from these cases? In the case of accident involving personal injury or death, you are under a duty to preserve any evidence in your possession or over which you can exercise some level of control; regardless if there is a formal preservation request or pending litigation. If you fail to preserve such evidence it will likely end in sanctions and hurt your case in the long run. 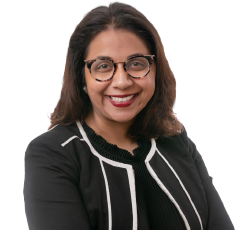 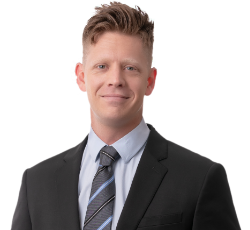