Traub Lieberman Partners Dana Rice and Jason Taylor were recently successful in obtaining summary judgment for a national insurance carrier client in a federal court declaratory judgment action pending in Missouri. The underlying lawsuit involved two wrongful death actions brought against an insured responsible for performing demolition work on a freight elevator shaft as part of a larger demolition project. The two decedents were operating a motorized wire rope pulley inside the shaft when the system failed, causing the work basket occupied by the decedents to fall and resulting in fatal injuries to the workers. Two state court actions followed against the general contractor on the project, the insured, and various other product suppliers and manufacturers of the freight elevator equipment.

The firm’s client issued commercial general liability insurance policy, which included an “Injury to Employees, Contractors, Volunteers and Other Workers” exclusion that precluded coverage for bodily injury to a broad variety of workers. As respects the insured, the underlying plaintiffs alleged that the decedent-workers were “employed by” the insured, such that the carrier argued the “Injury to Workers” exclusion barred coverage. The carrier filed a declaratory judgment action in the U.S. District Court for the Eastern District of Missouri seeking a declaration that the insurer had no duty to defend or indemnify its insured for the underlying state court actions under the exclusion, and moved for judgment on the pleadings. The carrier also claimed a related “Contractors and Subcontractors” exclusion barred coverage.

In response, the defendants in the coverage action argued that the workers’ employment status was unsettled in the underlying case, such that judgment on the pleadings was premature.  Defendants argued that decedents were “union employees”—not employees of the insured—and that the day of the accident was the first day on the job such that an “employee/employer relationship” was never established before the accident. Defendants also attempted to submit evidence outside the pleadings to suggest that additional discovery was necessary and there were still issues of material fact relating to the decedents’ employment status. Traub Lieberman argued on behalf of the carrier that the state court actions still fell within the “Injury to Workers” or “Contractors” exclusion as both decedents were workers hired by the insured, and such additional evidence actually supported the carrier’s position. Further, given the breadth of the “Injury to Workers” exclusion, the exclusion applied regardless of the specific classification of each worker as the allegations and evidence clearly demonstrated that the decedents were within at least one class of excluded workers and not mere members of the public on the construction site.

The District Court converted the motion for judgment on the pleadings to one for summary judgment, and granted judgment in favor of the carrier.  The court held that carrier exclusions “serve to draw a sharp line between employees and members of the general public” and are “designed to preclude injuries to employees or other types of workers, while providing coverage for injuries to members of the public.” The court pointed to several factors which supported a finding that decedents fell within the exclusion and were not simply members of the general public including references in the pleadings that the decedents were employees and employed by the insured.  Moreover, the court reasoned that every allegation against the insured in the underlying lawsuits was directly related to the insured’s breach of legal duties as an employer to its employees or workers. The extrinsic evidence submitted by the claimants also confirmed for the court that both decedents were hired as “operators” or “laborers” for the insured and that there was a worker’s compensation claim filed for one of the decedents. Whether classified as employees, contractors, casual workers, volunteer workers, or contractors of the insured, the District Court found that the injuries occurred while decedents were employed by the insured, and therefore, the “Injury to Workers” exclusion clearly barred coverage. 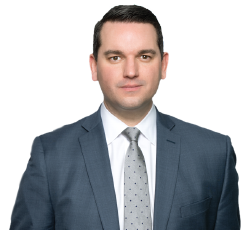