Traub Lieberman attorneys Lisa M. Rolle and Erin O’Dea obtained a motion to dismiss in favor of a wall systems installation company (“Installer”) in a second third party complaint brought before the Supreme Court of the State of New York, New York County. In the underlying suit, the plaintiff alleged she was injured by a falling object on the subject premises and brought a suit against the construction company affiliated with the site. The construction company then impleaded the wall systems manufacturer (“Manufacturer”), which was allegedly contracted to install a wall system at the premises. In turn, the Manufacturer impleaded Traub Lieberman’s client, alleging that the Installer was contracted to perform the installation work.

In the motion to dismiss, the Traub Lieberman team asserted that given the underlying plaintiff’s injury occurred in July 2011, the statute of limitations—both for claims of negligence and breach of contract—had since expired. The Court agreed with the Traub Lieberman team, on the basis that claims arising from defective construction accrue on the date of completion of work, therefore confirming that the statute of limitations had run out. The second third party complaint was dismissed in its entirety. 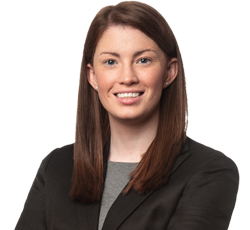