Arch subsequently filed a legal malpractice lawsuit against the law firm that was hired to defend the accounting firm, alleging that the law firm’s failure to raise a statute of limitations defense significantly increased the cost of settlement. The trial court found that Arch lacked standing to sue the law firm for legal malpractice because there was no privity of contract or attorney-client relationship between Arch and the law firm and, therefore, the law firm did not owe Arch a duty of care. Arch appealed to Florida’s Fourth District Court of Appeals, which affirmed the trial court’s ruling and certified the following question of great importance to the Florida Supreme Court: “Whether an insurer has standing to maintain a malpractice action against counsel hired to represent the insured where the insurer has a duty to defend.”

To the extent of any payment under this Policy, we [Arch] shall be subrogated to all your [Spear Safer] rights of recovery therefor against any person, organization, or entity and you shall execute and deliver instruments and papers and do whatever else is necessary to secure such rights. You shall do nothing after any loss to prejudice such rights.

The Court concluded that “the language of the subrogation provision is clear—Arch is contractually subrogated to the rights of Spear Safer, which would include claims for legal malpractice against counsel retained to defend the insured.” Further noting that Florida public policy supports such a claim, the Court held that “the insurer has standing to maintain a legal malpractice action against counsel hired to represent its insured where the insurer is contractually subrogated to the insured’s rights under the insurance policy.”

This is a very significant decision for both insurers and defense attorneys handling claims in the State of Florida. 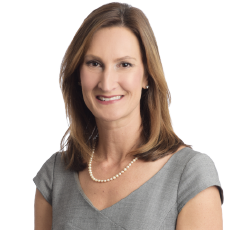